What to say on Mother's Day

I sat uneasy in the pew, my husband sitting next to me. He knew it was difficult for me to sit through the service without bursting into tears. But I wanted to celebrate mother's as much as anyone else. The problem was, I wanted to celebrate MY motherhood and that was not happening. The day that most people spend rejoicing over their mothers or being showered with gifts and accolades by their children, had become the hardest day of the year for me, every year.

The pastor began his sermon on motherhood. It was okay for a while, but then he began to recognise the oldest and youngest, the mother with the most children, etc. I think he was trying to include every scenario, but when he wanted to recognise the childless by saying, "Who has been trying to become a mother for more than 2 years." It was a painful stab in several hearts, rather than making anyone feel included in the celebration. One woman burst into tears and left the sanctuary. I wanted to, but John's hand on mine and an understanding squeeze kept me in my seat.

That was the last time I went to church on Mother's Day until I was 37. It was just too painful and people truly don't know what to say to those who are walking the journey with infertility on such a poignant day.

The list goes on and on, but the basic idea is that you can't make their childlessness go away by trying to give them a reason to celebrate on such a painful day.

So, what should you say?

As we walk the journey of infertility, there is little anyone can say to make it feel better. It's hurts, it's confusing and frustrating and it's a very real part of our lives. A bit of understanding, without trying to fix it for us goes a long way. Be a friend, be a prayer warrior, be an encourager. We don't need to be celebrated on this day dedicated to mothers. We want to rejoice with those who rejoice, and that is easier when we aren't fighting back the tears of frustration over well-intended, yet hurtful remarks from people trying to ease our grief.

Blessings to each and every one of you.
Posted by Pamela Sonnenmoser at 10:09 AM No comments: 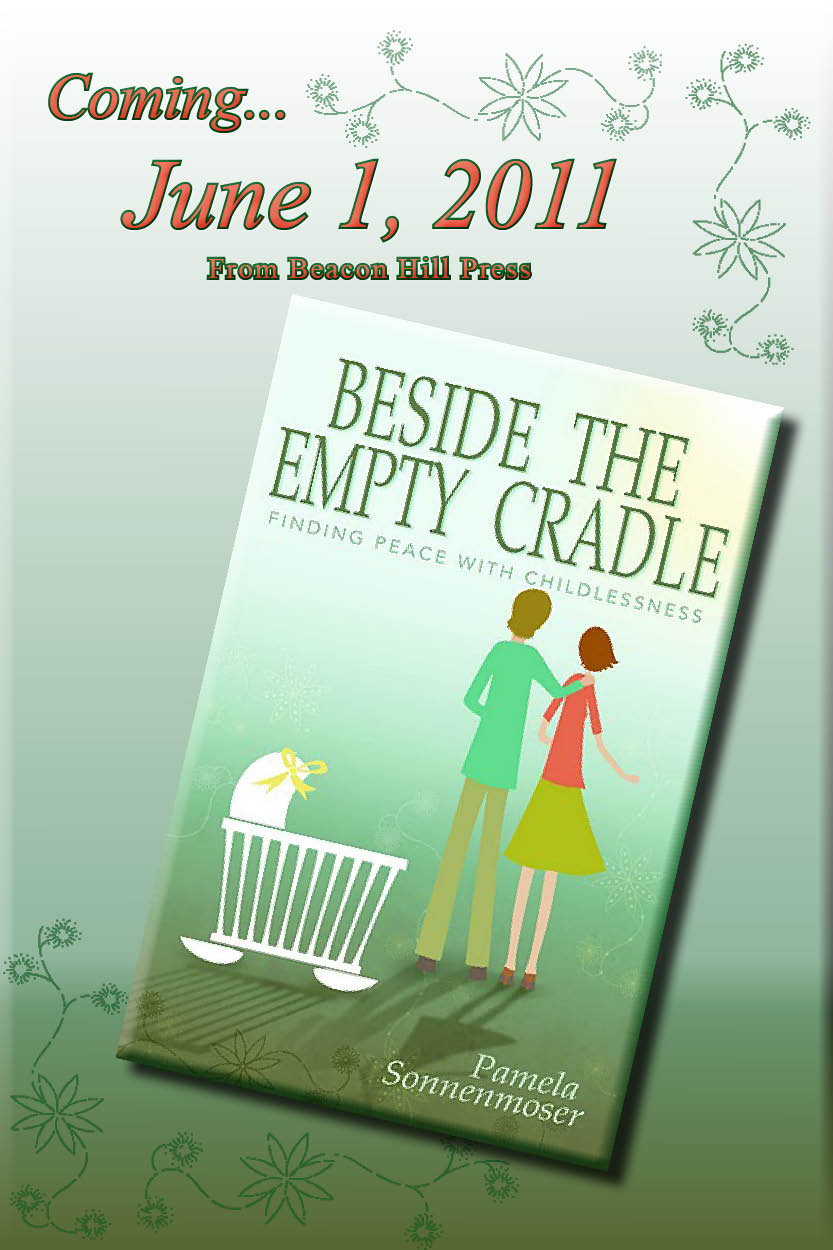 Join us in the Journey

Pamela Sonnenmoser
My parents were evangelists and from the time I was a little girl, I thought I wanted to go into some kind of ministry. As I grew up, dreams of reaching people for God took a back seat to reaching for happiness and peace in everything the world had to offer. For six years I wondered in the wilderness of worldly pleasure. When I finally came back to the Lord, I thought he would never be able to use me because I had done too many horrible things. In 1996 God spoke to my heart in such a way that I knew He wanted me to surrender that prideful thinking and submit to His calling on my life. I finally realized it didn’t matter what I’d done before. It only mattered that I gave my life completely to the Lord. It is an absolute blessing and privelidge to share God's love with others.